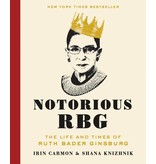 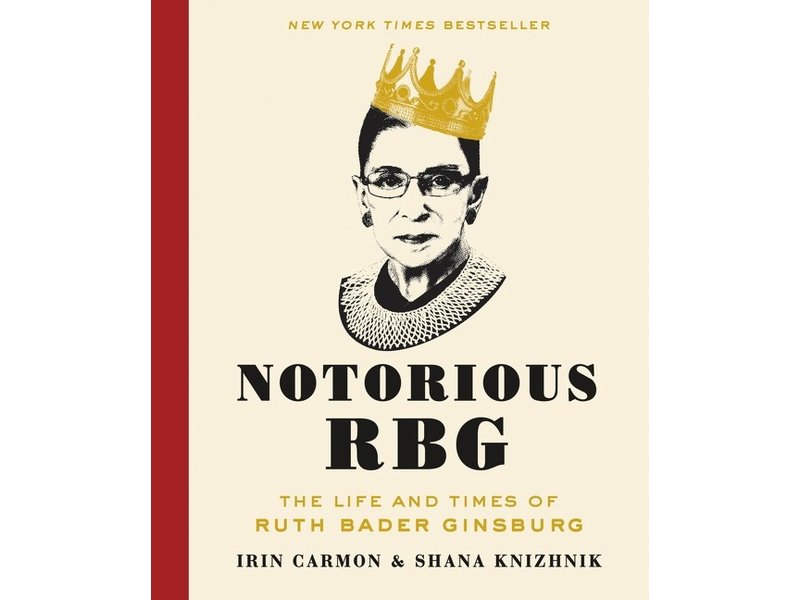 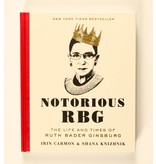 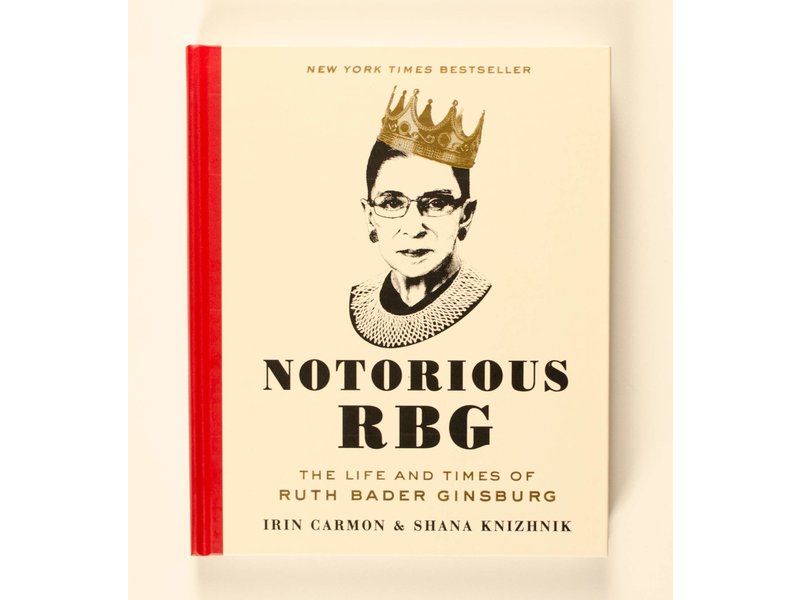 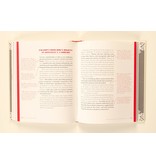 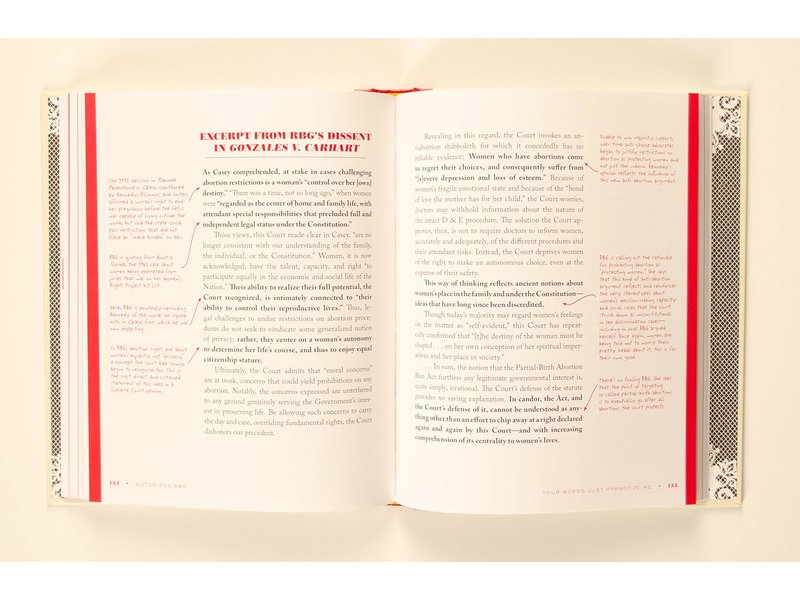 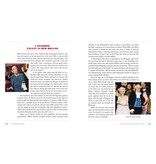 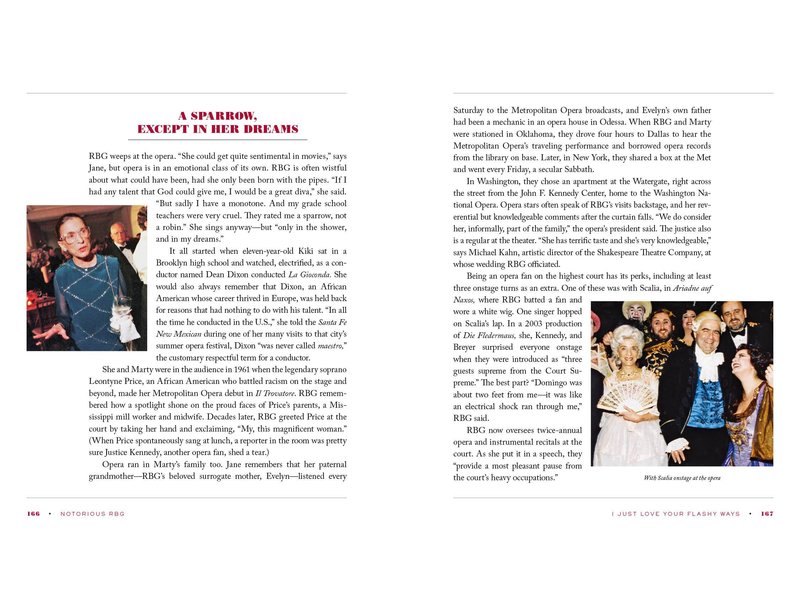 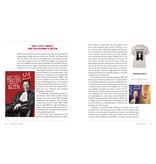 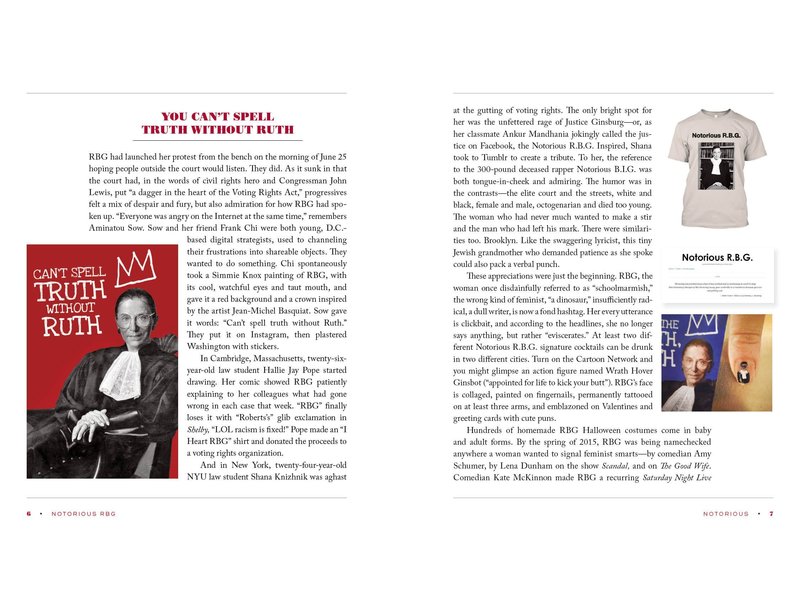 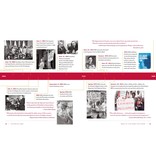 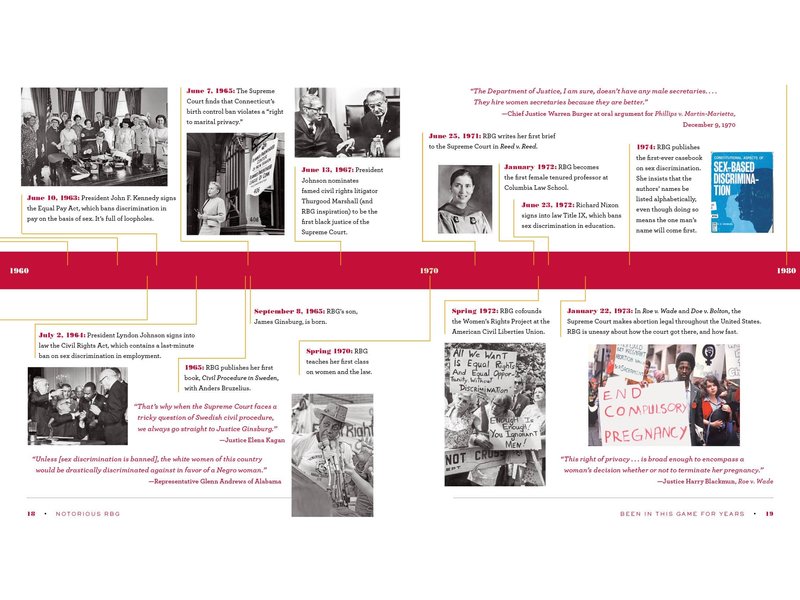 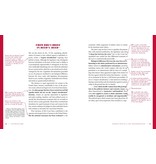 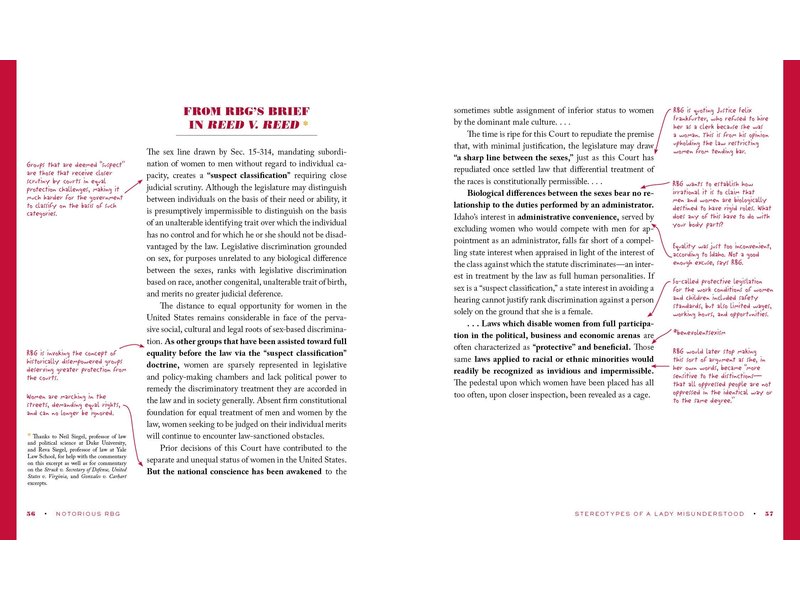 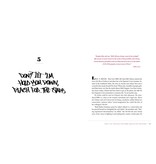 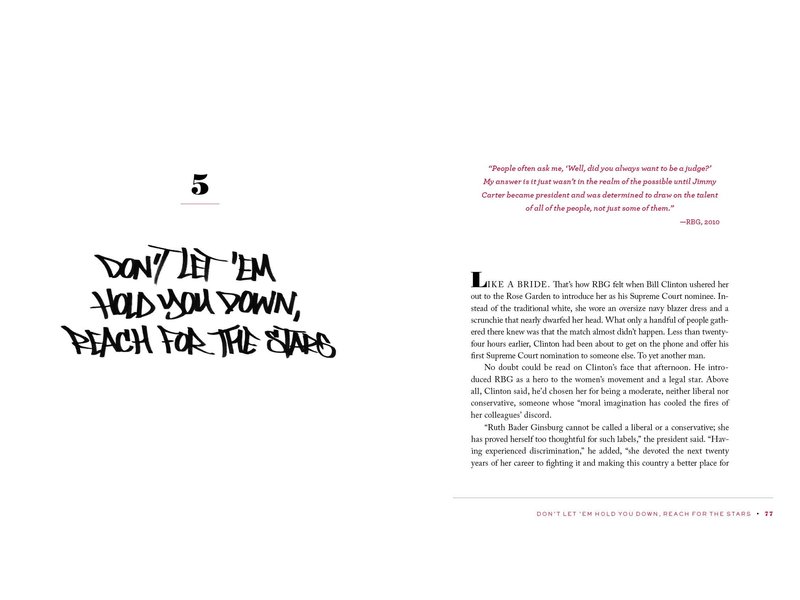 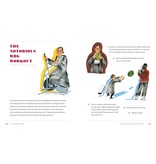 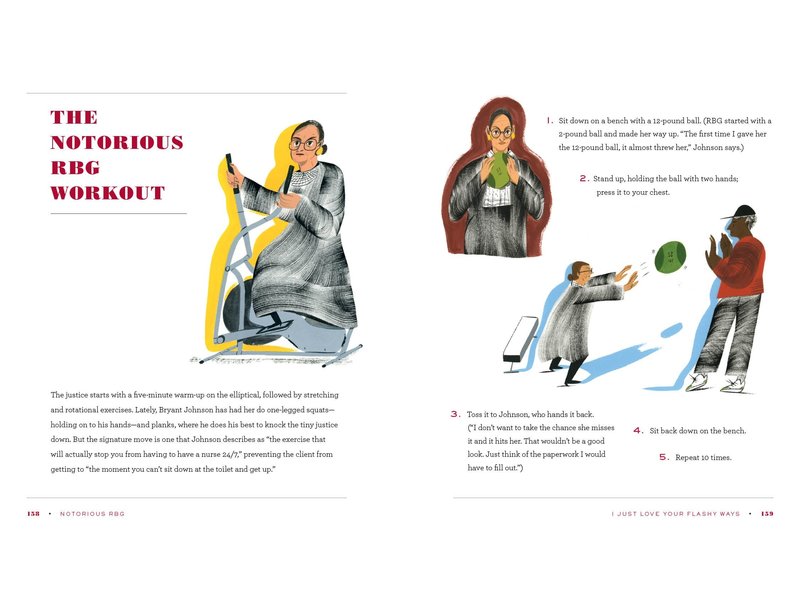 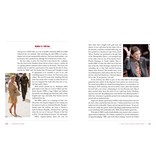 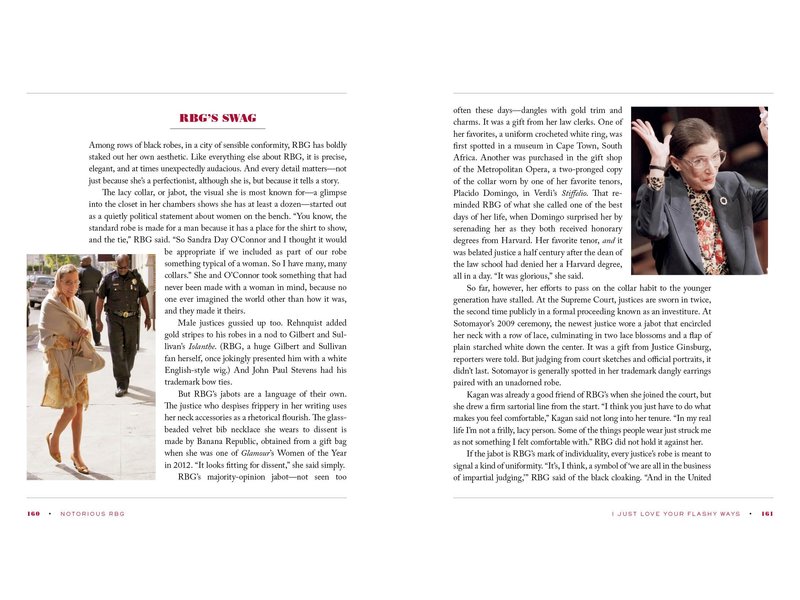 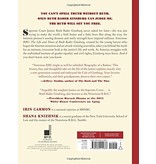 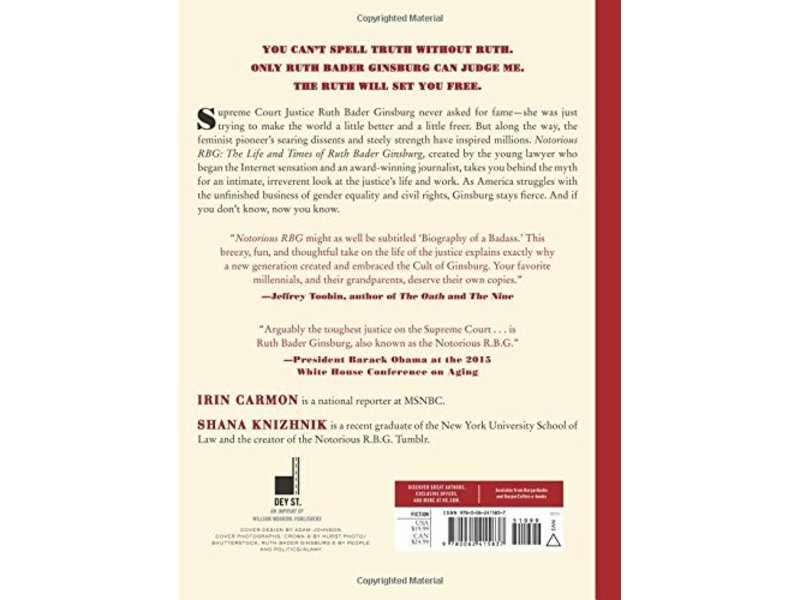 A fresh, lively, and iconoclastic illustrated biography of feminist icon and Supreme Court Justice Ruth Bader Ginsburg, inspired by the Internet meme of the same name.

“The authors make this unassuming, most studious woman come pulsing to life....’Notorious RBG’ may be a playful project, but it asks to be read seriously...That I responded so personally to it is a testimony to [its] storytelling and panache.” -Jennifer Senior, New York Times

A fresh, lively, and iconoclastic illustrated biography of feminist icon and Supreme Court Justice Ruth Bader Ginsburg, inspired by the Internet meme of the same name.

“Ruth Bader Ginsburg is not only still on top of her game, she might be at the height of her game right now.” —Rachel Maddow

“The justice also seems to be looking forward to an upcoming Notorious R.B.G. book . . . The name started as a play on the name of the Brooklyn gangsta rapper Notorious B.I.G., but it’s taken on a life of its own as a younger-generation tribute to Ginsburg.” —Gail Collins, New York Times

IRIN CARMON: I heard you can do 20 pushups.
RUTH BADER GINSBURG: Yes, but we do ten at a time. And then I breathe for a bit and do the second set.

Nearly a half-century into being a feminist and legal pioneer, something funny happened to Supreme Court Justice Ruth Bader Ginsburg: the octogenarian won the internet. Across America, people who weren’t even born when Ginsburg made her name are tattooing themselves with her face, setting her famously searing dissents to music, and making viral videos in tribute. In a class of its own, and much to Ginsburg’s own amusement, is the Notorious RBG Tumblr, which juxtaposes the diminutive but fierce Jewish grandmother with the 350-pound rapper featuring original artwork submitted from around the world.

Notorious RBG: The Life and Times of Ruth Bader Ginsburg offers a visually rich, intimate, unprecedented look at the Justice and how she changed the world. From Ginsburg’s refusal to let the slammed doors of sexism stop her to her innovative legal work, from her before-its-time feminist marriage to her perch on the nation’s highest court—with the fierce dissents to match—get to know RBG as never before. As the country struggles with the unfinished business of gender equality and civil rights, Ginsburg stands as a testament to how far we can come with a little chutzpah. 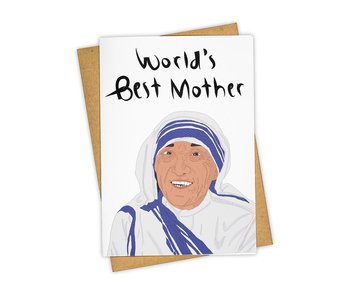 Our mission here at Smitten Boutique has always been to inspire creative gift giving and capture the essence of the most special occasions in people's lives. We are a small company supporting many more small companies across the world
$5.75