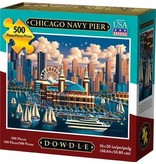 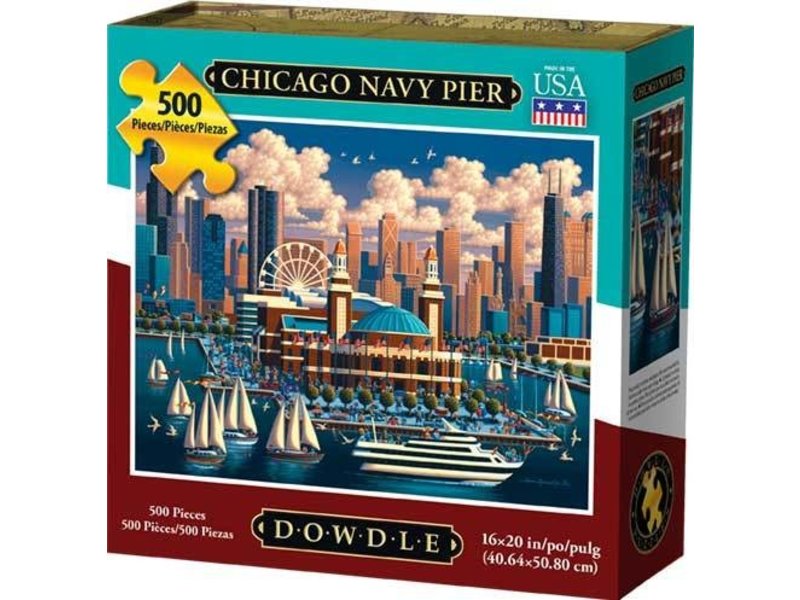 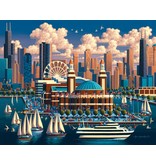 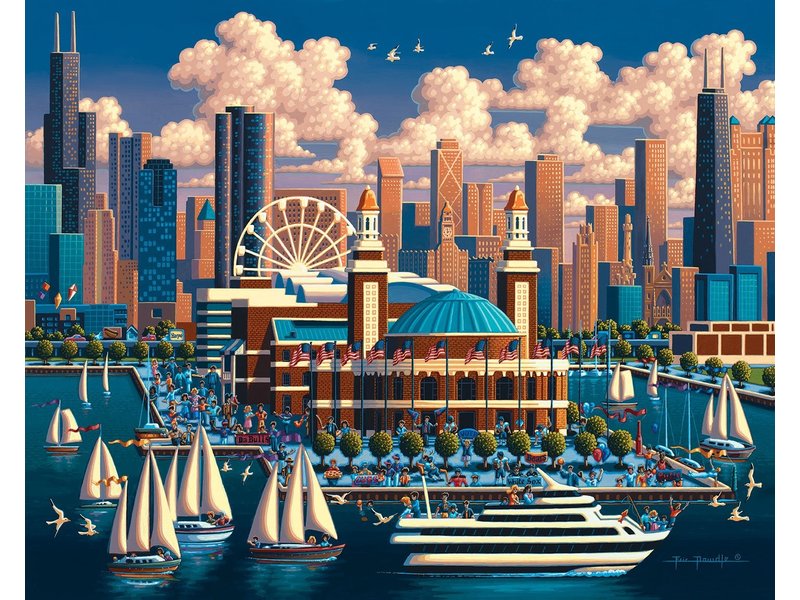 In 1914 construction began on 1 of 5 proposed Chicago Municipal Piers, which turned out to be the only one built. It was to be for many public uses but World War I put on the kibosh. From 1917-1918 the pier was requisitioned for Navy, Army, and Red Cross personnel. After the war, the pier, now called the Navy Pier, became a hub of Windy City activity. More than 3 million people visited annually through the roaring 20’s. The World’s Fair brought a steady flow through the 30’s.

Then war came again. The U.S. Navy utilized the Pier through WWII, it is Navy Pier after all. The University of Chicago took over from 1946 – 65 but then it saw little use for a decade. In 1976 exhibition halls and events started the resuscitation and after renovations in the early 1990’s the Navy Pier again became a major Chi-town attraction. Today it is home of the 150 foot Navy Pier Ferris Wheel and Pier Park, Museums, exhibition halls, vendors, shops, sightseeing cruises, and tall ships. Eric’s painting, looking in from Lake Michigan, captures the beautiful cityscape as backdrop for the historic, wonderful Navy Pier. 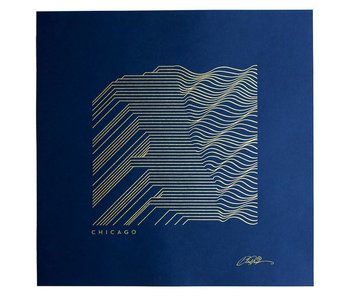 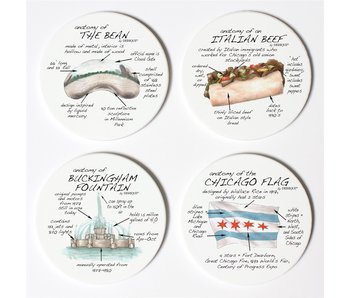 Chicago Ceramic Coaster by Dishique. Dishique is based in Chicago, Illinois.
$15.00